Annually, AMUG selects one individual to receive the Innovators Award. This honoree then becomes the guest honor for the Innovators Showcase, which is held during the AMUG Conference.

The Innovators Award recognizes those that have had a significant impact on the additive manufacturing industry over an extended period of time.

The Innovators Showcase is designed to allow AMUG Conference attendees an opportunity to get to know the individual, hear the history and benefit from his/her insights. 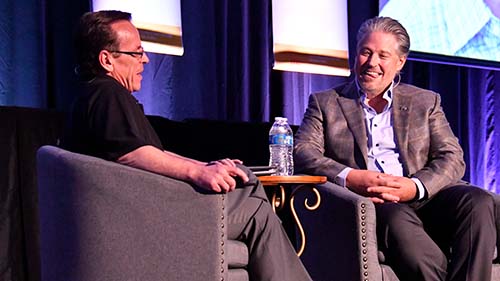 Andy and his team contributed to the care of tens of thousands of patients, several medical and regulatory “firsts,” and numerous high-profile cases, including more than two dozen sets of conjoined twins.  Working as a contract manufacturer, Medical Modeling produced the first FDA-cleared, 3D-printed titanium implants in the orthopedic and spine spaces.

Medical Modeling was acquired by 3D Systems Corporation in 2014. Andy left in 2015, yet he continues to drive additive manufacturing applications in the medical space.

Today, Andy serves in many roles that support others in the quest for innovations and breakthroughs. He is the chair of the Radiological Society of North America (RSNA) 3D Printing Special Interest Group (SIG), associate editor for the 3D Printing in Medicine journal, and adjunct professor in the Department of Radiology at the University of Cincinnati. Andy is also an active investor and serves as a board member and advisor for a few health-related enterprises.

Hans Langer received the 2020 Innovators Award, but due to COVID-19, he participated in the 2021 Innovators Showcase. 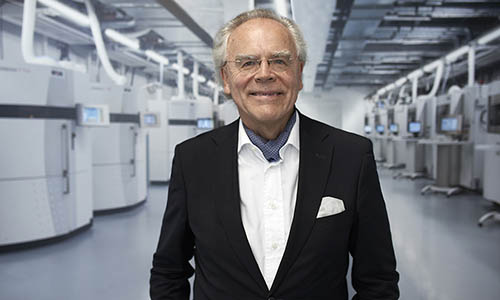 In 1989, Dr. Langer founded EOS GmbH with the vision to produce three-dimensional objects directly from CAD data using laser technology. With a pioneering spirit and an in-depth knowledge of market requirements, Dr. Langer expanded the company into an independent and world-leading manufacturer of high-end solutions in the field of additive manufacturing (AM).

Prior to the founding of EOS, Dr. Langer was active in research at the Max Planck Institute for Plasma Physics and managing director at General Scanning. He studied physics at the Technical University of Munich and was awarded a PhD in Laser Technology at the Ludwig-Maximilians-University of Munich in 1980.

2019 Innovators Showcase with Gideon Levy of Technology Turn Around 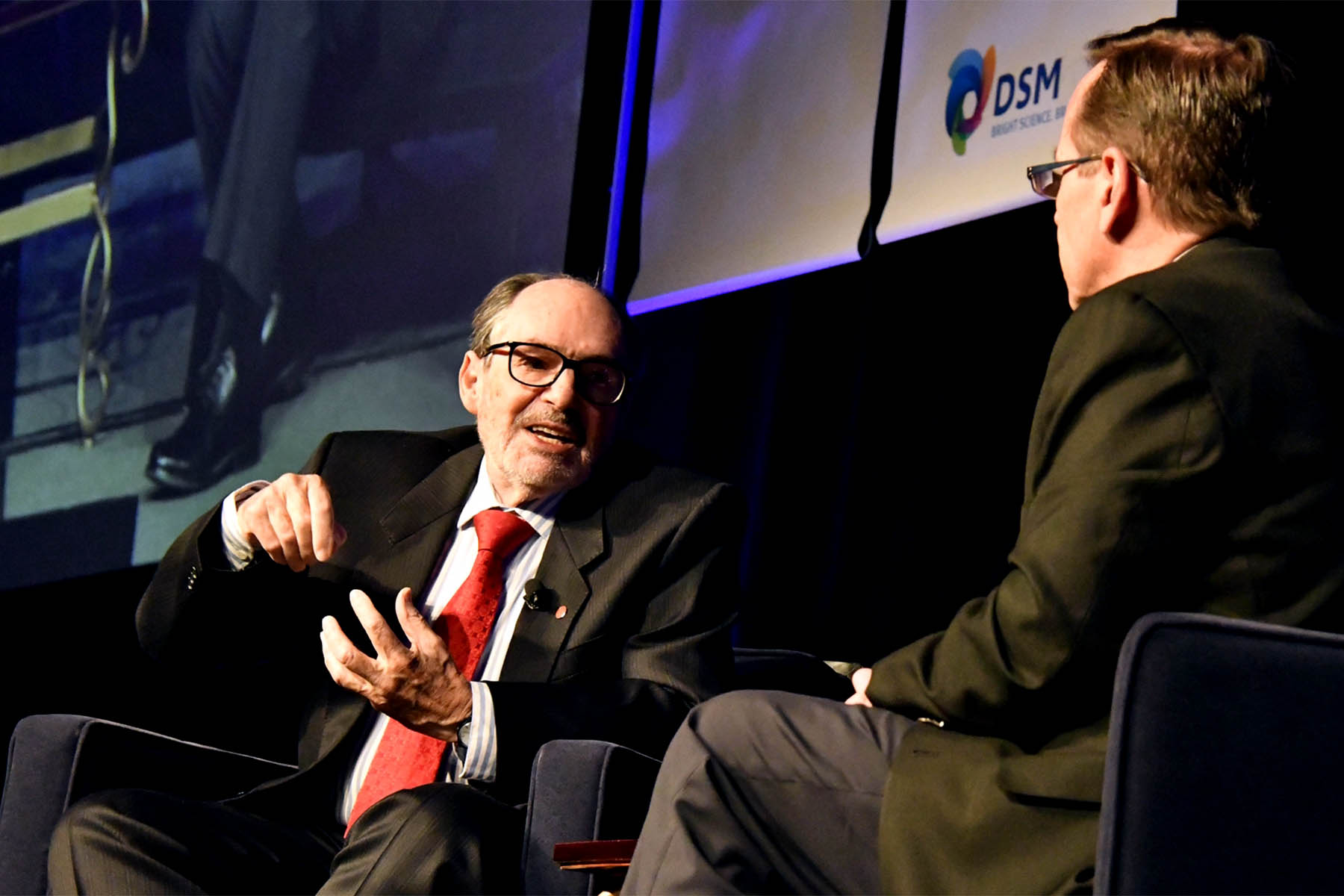 Professor Gideon Levy has specialized in manufacturing technologies and lived a life for manufacturing. Devoted to advanced R&D in mechanical systems, electronics, and manufacturing, he has made significant contributions as both an educator and researcher. Those contributions have earned him many accolades, including being named a Fellow of CIRP (The International Academy for Production Engineering). Presently, Professor Levy is a consultant with Technology Turn Around (TTA), which focuses on additive manufacturing (AM), electro-physical and chemical processes.

Professor Levy’s AM activities began in 1997 with the establishment of the Institute for Rapid Product Development (iRPD) at the University of Applied Sciences (St. Gallen, Switzerland). Over the years, he has made many substantial contributions as a researcher, consultant and advisor. His early work included the development of Selective Laser Sintering (SLS) materials, including PA 12, which continues to be the most widely used. He has also contributed to technology advancements that span numerous AM processes and was an early participant in metal AM technologies, starting with beta testing of Concept Laser’s first Metal Laser Melting machine. 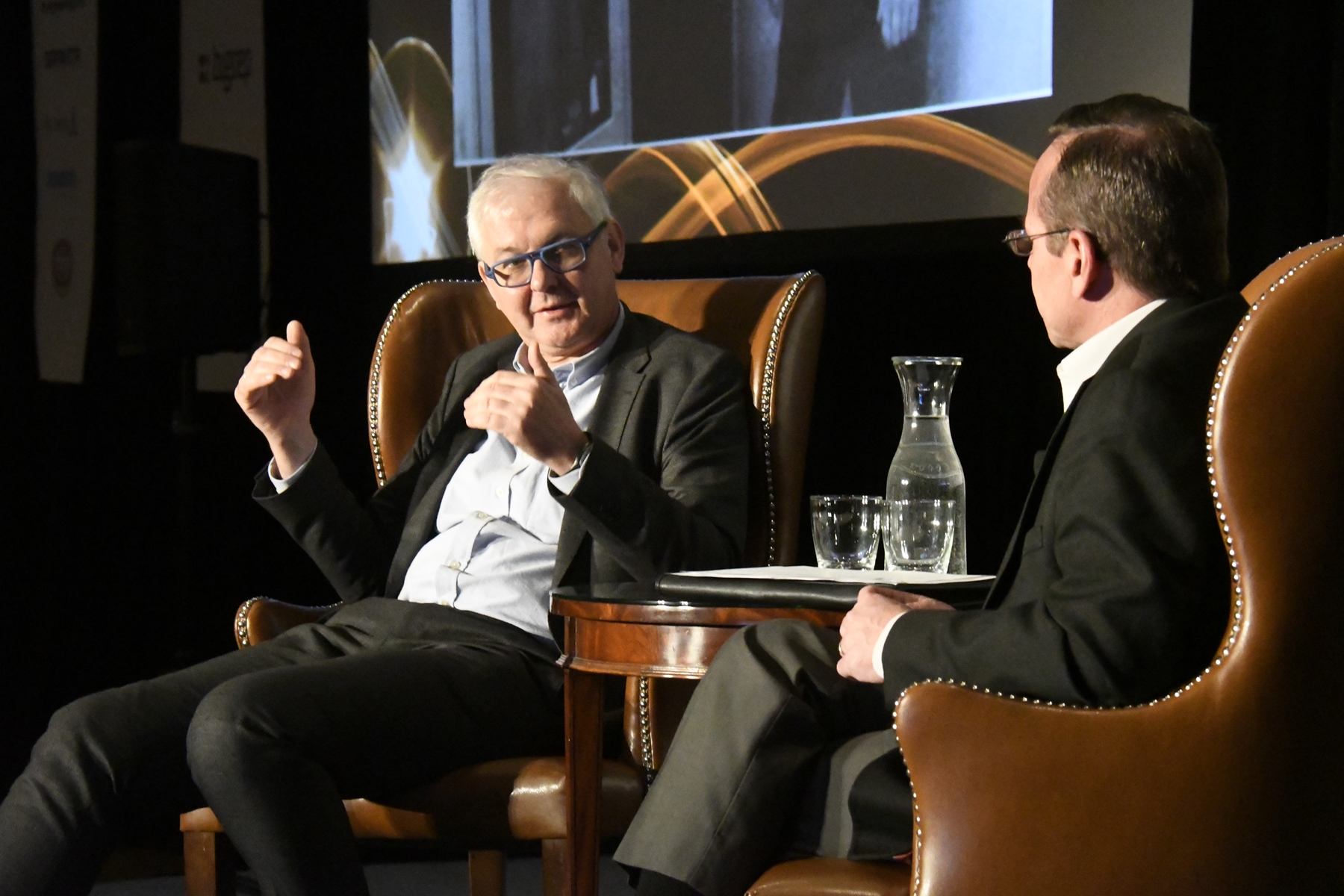 Passionate about a new technology called ‘rapid prototyping’, and firm in his belief that it could help create a better and healthier world, Wilfried “Fried” Vancraen founded Materialise in 1990, where he remains CEO to this day. Materialise was established as the first Rapid Prototyping Service Bureau in the Benelux countries. Immediately after its foundation, the company concentrated on researching and developing solutions for transferring data to Rapid Prototyping machines, for industrial as well as medical applications.

Today, Materialise is a global company that provides open and flexible platforms that enable players in industries such as healthcare, automotive, aerospace, art and design, and consumer goods to build innovative 3D printing applications that make the world a better and healthier place.

Fried Vancraen began his career in 1985 after receiving a Master of Science in Electro-Mechanical Engineering. Working as a Research Engineer and Consultant at the Research Institute of the Belgian Metalworking Industry, Fried discovered 3D Printing.

Fried holds several patents related to the technical and medical applications of 3D Printing and remains committed to using the technology to make positive changes in people’s lives. In recent years, Fried has been awarded the RTAM/SME Industry Achievement Award, has been selected as the most influential person in Additive Manufacturing by industry professionals and TCT Magazine, and has been listed one of the five leading players in this sector by the Financial Times. He is also the recipient of a 2013 Visionaries! Award from the Museum of Art and Design in New York, and most recently, an inaugural inductee into the TCT Hall of Fame. 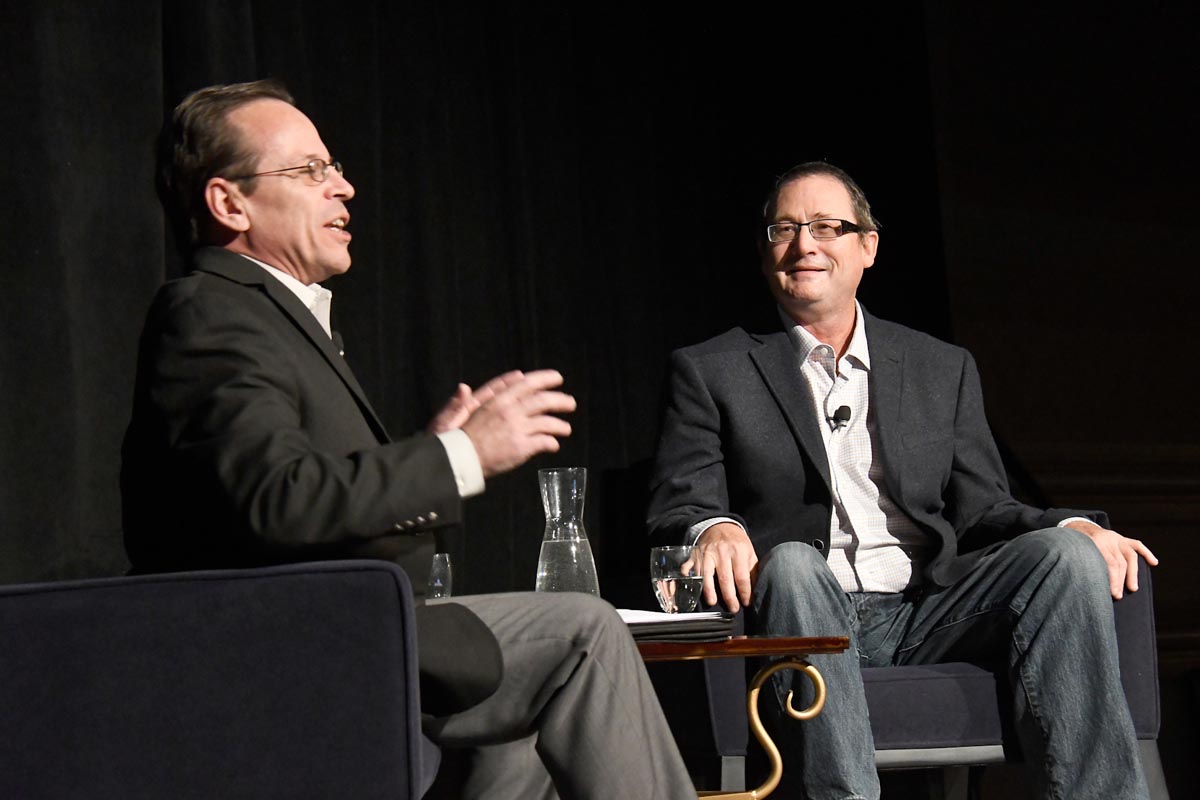 Carl Deckard, who is Structured Polymers’ co-founder and chief technology officer, conceived and developed the Selective Laser Sintering technology while at the University of Texas at Austin. The concept of Selective Laser Sintering took shape when he was an undergrad. Mr. Deckard then pursued it for his master’s degree and Ph.D work. Carl then co-founded Nova Automation, which was later renamed DTM Corp and ultimately acquired by 3D Systems Corp.

With the launch of the Sinterstation 2000 in 1993, Selective Laser Sintering moved from the research labs into industry.

S. Scott Crump
Chief Innovation Officer, Co-Founder,
Director and Chairman of the Executive Committee of the Board
Stratasys

Scott Crump is the Chief Innovation Officer of Stratasys. In this role, he focuses on leading and managing innovation by originating and encouraging new ideas, which will result in new solutions and products.

Mr. Crump is the inventor of Fused Deposition Technology (FDM) and a co-founder of Stratasys, which he started in his home garage with his wife, Lisa Crump. The company shipped one system in the first commercial year, and now it has shipped over 120,000 3D printers since inception.

Prior to founding Stratasys, he co-founded IDEA, Inc. and served as its Vice President of Sales from 1982 to 1988. The company was a premier-brand manufacturer of load and pressure transducers.  Mr. Crump continued as a Director and shareholder until its sale to Vishay Technologies, Inc. (NYSE: VSH) in 2005.

Charles W. Hull is the Co-Founder and Chief Technology Officer of 3D Systems. Chuck Hull is the inventor of the solid imaging process known as stereolithography, the first commercial 3D printing technology. With the founding of 3D Systems in 1986 he initiated the 3D printing industry and continues to lead it today with cutting edge innovations ranging from state of the art production 3D printers that have changed the game of manufacturing to the first home-certified 3D printer, the award winning Cube®. He is a named inventor on more than 60 United States patents, plus numerous other patents around the world in the fields of ion optics and 3D printing.

In 2014 Mr. Hull was inducted into the National Inventors Hall of Fame in partnership with the United States Patent and Trademark Office for his globally impactful and transformative work inventing and pioneering 3D printing. He also received The Economist’s prestigious 2013 Innovation Award, recognizing significant contributions across the fields of science, technology and society.
In 2011, along with Avi Reichental, he was named Entrepreneur of the Year for manufacturing in the Carolinas.

Prior to founding 3D Systems, Mr. Hull served six years as vice president of engineering at UVP, Inc. in San Gabriel, California, a systems manufacturing company. Before that, he spent 10 years as an engineering manager at DuPont’s Photo Products Division, concentrating on the development of analytical equipment for chemists, including mass spectrometer and GC/MS systems. Earlier in his career he was a senior engineer at Bell & Howell.

Mr. Hull received a BS in engineering physics from the University of Colorado in 1961 and an honorary Doctorate in Engineering from Loughborough University in the U.K. in 2005.