CHATSWORTH, CALIF., May 11, 2015 – The Additive Manufacturing Users Group (AMUG) today announced its 2015—2016 board. Elected by AMUG members during the annual business meeting held at the 2015 AMUG Conference in Jacksonville, Florida, the board’s primary responsibility will be to oversee the April 2016 conference.

In a vote of confidence, the members re-elected the outgoing board for a second term. The board members are:

“I am honored to have been elected for a second term and pleased that the board is unchanged,” said Mark Barfoot, president. “It was a pleasure working with industry professionals that willingly volunteered their time and diligently worked on the 2015 AMUG Conference. Their hard work and the industry support that they garnered made the event a huge success, breaking records for attendance, sponsorships and participation.” 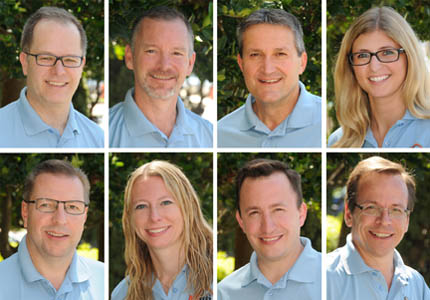 Immediately after the elections, the following individuals were appointed to the board:

The incoming board also named the AMUG global ambassadors:

The new board’s responsibilities will involve building the program for the 2016 conference, soliciting support from businesses in the AM industry, and overseeing the event’s day-to-day activities. The five-day event will include a two-night exhibitor expo, hands-on workshops, instructional sessions, technical presentations, and an Awards Banquet gala. The venue for the 2016 users group conference will be announced when the selection process is complete.