In its opening ceremonies, Charlie Norton, president of NCP Leasing, and Guy Bourdeau, sales manager at 3D Systems and AMUG treasurer, were honored with awards for years of support of the users group. Norton was recognized for his unsurpassed moral and financial backing of the users group over many years. He was also recognized for his role in spawning numerous new careers in the additive manufacturing industry. Bourdeau, who is stepping down from the treasurer’s position after 12 years of service, was recognized for his dedication, passion and financial stewardship.

At the annual Awards Banquet, the association named the winners of the 2012 Technical Competition. This competition recognizes excellence in additive manufacturing applications and skill in finishing additive manufacturing parts. A panel of industry veterans selected Mike Pierce of Hamilton Beach Brands for his food processor with sheet metal part as the top entry in the Advanced Concepts category. For advanced finishing, the same panel selected Todd Reese of Realize Inc. for his fantasy character figure.

“We had 13 fantastic entries in the Technical Competition, making it difficult to select just two winners,” said Rabinovitz.

Another event highlight was the presentations of 18 Dinosaur Awards, which recognize industry veterans with exceptional skill that in turn contribute back to the additive manufacturing industry. The newly named dinosaurs are: 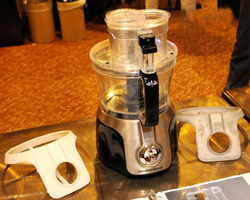 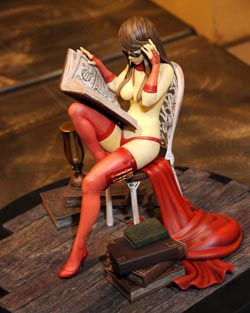