The board will plan and organize next year’s AMUG Conference, which will be held in Jacksonville, Florida, from April 14 – 18, 2013, at the Hyatt Regency Jacksonville.

Gary Rabinovitz, who will be serving his second term as president said, “We are coming to the close of a very successful and well received 2012 conference. Attendees have commented that this is the best event they’ve ever attended. That was made possible with the hard work and dedication of the outgoing board. In the new board, I see the same passion, devotion and enthusiasm, so I am confident that the 2013 conference will be even better.”

At the conclusion of the meeting, the board also announced that Graham Tromans, G. P. Tromans Associates, and Stefan Ritt, SLM Solutions, will stay on as European liaisons. Xu Xiaoshu, Farsoon Hi-Tech, will serve as the group’s Asian liaison. 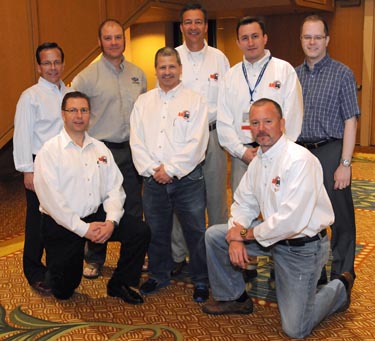